Thought Leadership
Back to search results 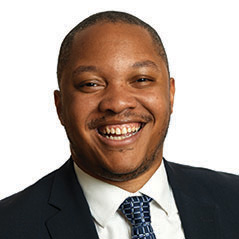 This article originally appeared in the Chronicle of Philanthropy and was reprinted with permission.

"It is not a risk to invest in black and brown people fighting for liberation. It’s the surest bet. When we have the resources to lead our own struggles, the world is transformed."
These words were spoken by Charlene Carruthers, an activist and national director of the Black Youth Project, at a keynote panel at this year’s PolicyLink Equity Summit. They reverberated across an audience of organizers, leaders, and donors from around the country who are fighting for economic and racial justice.
Over the course of three days, participants came together to find ways to end systems of oppression and discrimination and to advance solutions developed and led by people of color.
Underscoring several of these conversations was an unrelenting urgency. Wealth inequality, buoyed by entrenched racism, has been part of our country’s fabric since its founding. But today we are facing an increasingly dire reality: According to "The Road to Zero Wealth," a 2017 study by Prosperity Now and the Institute for Policy Studies, median household wealth for African-Americans is less than a 10th of that of white Americans, and it is in decline — to the point that, following current trends, it will fall to zero by 2053.
The demography of the United States is changing: People of color will be the majority within a generation and already are in public schools nationwide. Meanwhile, wealth — and the power, protection, and access that come with it — continues to be denied to communities of color. By 2020, white American households are projected to own 86 times more wealth than African-American households and 68 times more than Latino households.
What we are talking about here is not a modest gap. It is a chasm that speaks to a moral as well as an economic peril. A 2016 report by the Center for Global Policy Solutions found that in denying equitable opportunities to entrepreneurs of color, our country is missing out on 1 million businesses, 9 million jobs, and some $300 billion a year in national income.

The Roots of Inequality

Impact investing — investments that generate both financial returns and social impact — is an increasingly popular approach to tackling social problems. In May, nearly 600 philanthropists, investors, foundation leaders, and others gathered at Mission Forward, the national conference of the Mission Investors Exchange — nearly twice as many as two years ago — to discuss how to accelerate impact investing.
Impact investing comes in many forms. But the predominant belief driving it is that the market principles of capitalism should be applied to social change. That view overlooks a key reality: the many ways in which market forces generate injustice and inequality in the first place.
Take, for example, the origins of wealth for the vast majority of philanthropists, from the industry magnates of the late 19th and early 20th centuries to the tech billionaires of the 21st. By and large, these individuals and institutions have benefited from — and often advocated for — exclusionary policies that include redlining, wage suppression, and violations of human rights.
Impact investing is often described as a way to transform health care, housing, and other areas in need of improvement, but it is impossible to dismantle the systems that created wealth inequality in our country while upholding the power structure of those same systems.
Fortunately, there are innovators across the country working to build new approaches. These pioneering social entrepreneurs, investors, and foundation leaders reject traditional economic models in favor of "restorative investing" — an impact-investing approach focused on strengthening our local and national economies by democratizing capital and demanding racial equity.
Restorative investors work to subvert systemic injustices such as xenophobia, racism, gender inequality, and other insidious power dynamics that extract from and penalize communities of color, the poor, and the working class. While mainstream impact investing largely maintains the status quo, restorative investing is an act of solidarity that recognizes the urgent moral, economic, and ecological imperative to share and redirect power and promote collective well-being and social equity.

If we’re truly motivated to deconstruct the enormous wealth inequalities that have ravaged and extracted wealth from rural, indigenous, and majority communities of color, we must rid ourselves of the power dynamics, biases, and culture that got us here in the first place. In communities across the country, leaders are adopting multiple approaches to build and then reinvest wealth locally — through cooperative ownership, minority-focused investment, community-empowered development, and authentic explorations of what it looks like to distribute wealth and power equitably.
Instead of focusing singularly on "social impact" — too often used by investors and philanthropists as a blanket term for an unequal power dynamic in which one party holds the purse strings and sets the terms — what if we challenged individuals and institutions with wealth and power to chart a new way forward that doesn’t perpetuate social inequalities. What if we invited them to join us in creating new practices and processes for investing in community wealth and economic equity?
Deborah Frieze, co-founder of the Boston Impact Initiative, is charting a new way forward. (She is also a member of the Investors Circle program at the Business Alliance for Local Living Economies, or Balle, the nonprofit I lead.) "In our early days," she says of a foray by her impact-investing fund into creating mixed-use, mixed-income housing, "we consulted with community organizers about what was needed in their neighborhoods, but we maintained our power: We listened, learned, and then made decisions behind closed doors about who should get capital and how it should be structured."
After working closely with families and community-based organizations that proposed an alternative to the investment under consideration — acquiring and then placing homes in a community land trust that would ensure independence and local partnership — Frieze recognized the limitations of the organization’s approach. She took steps to ensure that its mission of building resilient and autonomous communities was actually reflected in its structure and dynamics.
To that end, Boston Impact recently created a loan fund in which the lion’s share of authority rests with community-based organizations. Crucially, the fund is open to "nonaccredited" investors — everyday residents — democratizing the investor pool to include anyone committed to closing Boston’s racial wealth divide.
Frontline Solutions, an African-American-owned consulting firm to public and social-sector organizations, is using data and shareholder advocacy to drive a racial-justice agenda in the $3.7 trillion municipal-bond market.
Through its Activest site, Frontline hopes to mobilize community organizers, criminal-justice advocates, and socially responsible investors — including foundations — around the idea that policies such as legal financial obligations that disproportionately affect the poor and communities of color can lead to civil unrest and unstable local economies. This is best exemplified in Ferguson, Mo.: In 2014, the year of Michael Brown’s shooting, 75 percent of the city’s population had active outstanding arrest warrants, and legal financial obligations represented 20 percent of the city’s total municipal budget.
The pre-eminent champion of restorative investing is Rising Tide Capital, founded and led by Balle fellow Alfa Demmellash. Rising Tide is collaborating with forward-thinking philanthropists and organizations to address the privilege gap confronting entrepreneurs of color and individuals from underserved communities. By providing help and advice in business management, networking, and mentoring opportunities, and access to lenders and investors, Rising Tide demonstrates the viability of minority entrepreneurship as a major economic driver in communities with limited opportunities for mobility and few pathways to investment.
Together, these examples and many others across the country present a clear alternative to the status quo of impact investing. To build a more just and prosperous society, we need to be honest about what got us to, and keeps us in, this place of extreme inequality.
Restorative investors understand that equity is about power. If we truly want to live in an equitable society, those of us with power must give some of it up. It’s time we hold a mirror up to ourselves and acknowledge that the greatest return on investment comes from changing the terms altogether.
Related Links:
View the article on The Chronicle of Philanthropy
Learn more about BALLE