News & Updates
Back to search results 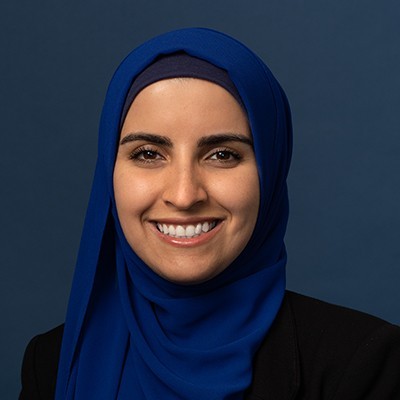 News type
Member News
Other Topics
2022 National Conference
Racial Equity, Diversity, & Inclusion
Impact Sector
Employment and Job-Related
The Annie E. Casey Foundation uses social investments to generate financial returns while creating social benefits that align to our mission – creating a brighter future for children and young people in the United States and ensuring their well-being and ability to thrive as adults. But that mission can’t be realized if parents don’t have access to dependable jobs that pay enough for them to support a family – sometimes called “quality jobs”.
Barriers such as insufficient income, unpredictable work schedules, and lack of access to child care keep many parents from achieving financial stability. In particular, workers of color face discriminatory policies and practices that further hinder their access to stable jobs and opportunities to earn and save for their children’s future while providing for basic needs. That’s why we make strategic social investments that specifically target these issues.
Based on lessons learned through our efforts, we have identified the following key factors through which impact investors can advance job quality and economic opportunity for workers.

1. Wages that keep up with living expenses

To help families and young people thrive, impact investors should look for ways to expand jobs with wages that enable workers to establish financial self-sufficiency. These wages, which some call “living wages,” enable low-income working families to maintain food security, find stable housing and keep up with other living costs. Exact amounts of living wages vary based on regional differences in costs of living in the United States.
HCAP Partners, a private equity firm in which Casey invested, developed a Gainful Jobs Approach™ for its portfolio companies. As part of this framework, the firm engages with companies to pay wages that equip workers to cover basic family needs. Guided by the MIT Living Wage Calculator, HCAP adjusts target wages for employers based on cost of living in their localities. In 2021, the average hourly wage paid to workers in its portfolio companies was $25.77, more than three times the industry standard for many of these companies.
Through this approach, HCAP’s companies reported an increase in employee retention, which freed company resources that would have gone to recruitment efforts for revenue generation and business growth. In turn, HCAP reported, customer satisfaction and profitability increased.

Another important factor to look for is whether employers provide sufficient scheduling notice. Consistent work schedules that are set in advance offer workers steady incomes and the ability to manage other responsibilities in their lives, such as education and child care. At present, one in three U.S. workers has an irregular schedule, which is defined as a work schedule with regularly changing shifts and fewer than four weeks’ advance notice of shifts. About 25 percent of U.S. workers receive only two weeks’ notice of their schedules, and 14 percent receive one week or less, according to the U.S. Bureau of Labor Statistics. These workers are overwhelmingly low-wage earners, women, and people of color.
Irregular work schedules create a number of challenges for workers. For one, workers with irregular schedules do not have a set number of working hours each pay period, resulting in an unstable income for budgeting. As a result, these jobs are largely associated with high rates of poverty and food insecurity. Furthermore, arranging for child care on short notice is difficult and disadvantages working parents trying to keep up with their work shifts. Irregular work schedules inhibit workers from being able to take on additional part- or full-time jobs to increase their earnings, despite their need to do so. Similarly, these schedules hinder workers from committing to school courses and credential programs, which, in turn, stalls their ability to access higher-paying and more senior-level jobs. Importantly, because irregular work schedules disproportionately affect women of color, stable scheduling is necessary to close racial and gender inequities and create economic opportunities for low-wage working women of color.
The Casey Foundation invested in Coastal Enterprises Inc. (CEI), a Maine-based community development finance institution that established scheduling notice as a core element of its Good Jobs Framework. CEI found that scheduling notice benefited not only employees but also employers because it increased employee retention, reduced turnover, and set companies on track for improved financial performance. In fact, CEI found that companies meeting targets such as providing stable schedules, paying living wages, and other elements of its Good Jobs Framework increased revenue by 47 percent between 2018 and 2019. In comparison, companies that did not meet these metrics experienced only 5 percent growth over that period.

Low-income women and women of color often face the greatest difficulty in accessing child care due to high costs, scheduling barriers, and a shortage of local child-care centers. The annual price of licensed child care in the United States is about $10,000 per child. In comparison, Black and Hispanic women in the United States earned median incomes of $46,543 per year and $39,511, respectively, in 2021. A Black or Hispanic mother of two would need to spend more than 50 percent of her after-tax income on child care. In addition, most low-wage roles in the United States are in the food and retail sectors, which have irregular scheduling and often require workers to take nighttime and weekend shifts. Yet most child-care centers do not operate during these hours, and those that do often charge significant nighttime and weekend premiums. Furthermore, child-care shortages are more common in neighborhoods of color, thereby compounding barriers to child care for working parents of color.
To overcome these barriers, employers may offer subsidies to offset the rising costs of child care or provide on-site child care services. Impact investors may invest in the creation and preservation of affordable child-care service providers, particularly in low-income neighborhoods. For example, Mission Driven Finance launched Care Access Real Estate, a real estate investment trust (REIT), to spur the growth of child-care centers and home-based care providers across the nation. The REIT’s investments create positive outcomes in two ways. First, they increase the supply of child-care centers, thereby tackling the lack of childcare centers in childcare deserts, which disproportionately lie in low income neighborhoods and neighborhoods of color. Moreover, increasing access to child care not only reduces working parents’ stress but also decreases attrition among working parents and boosts mothers’ participation in the workforce.

Investments that expand jobs with living wages, stable schedules, and child-care support can help eliminate the barriers that low-income, female, and workers of color disproportionately face in providing for their families. These elements generate significant benefits to employers by increasing employee retention, reducing turnover costs, increasing productivity and, ultimately, driving higher financial returns. Impact investors who are looking to support families, which in turn builds stronger societies, should carefully consider these factors when building their portfolios. At the Annie E. Casey Foundation, we have already seen the positive impact of a quality jobs approach in impact investing, and we invite others to join us.
Essma Bengabsia is a Senior Investment Analyst at The Annie E. Casey Foundation